The twelfth-century chronicler Henry of Huntingdon offered an unusual eel metaphor in De Contemptu Mundi (“On Contempt for the World”), a long and moralizing letter that he wrote to his friend the archdeacon Walter. In the letter, Henry relates the story of a young man named Simon, the son of Henry’s bishop. Simon seems to have been a promising youth, blessed with charm, good looks, and a quick mind. He grew up at the royal court, and as an adult he earned the friendship of the king and held a number of offices. But, as Henry’s letter tells Walter, the boy fell victim to greed and envy, and started to spread discontent at court through slander and false accusations. 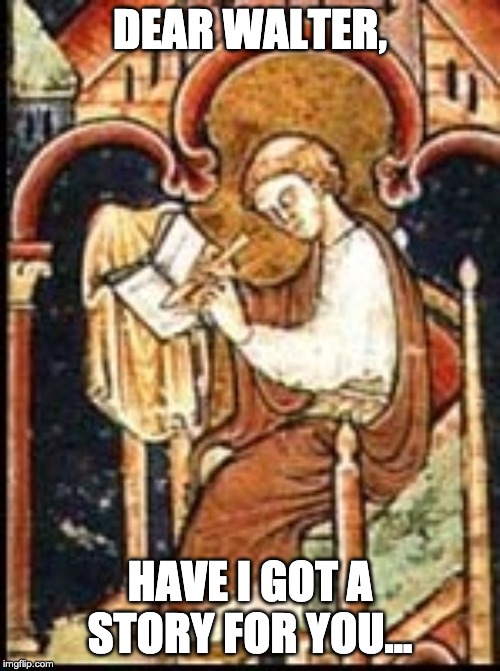 Henry records that Simon reveled in his role of provocateur, writing to Walter that the boy said, “I am placed among the couriers like salt among live eels.”[1] Henry explains this curious turn of phrase, noting that “just as salt tortures eels, so he tormented all those who attended the king with his accusations.”[2] Simon here is making reference to a long-established method of killing the fish.

Putting a live eel in a container filled with salt both kills it and removes much of its slime. The salt osmotically pulls moisture from the eel, making it increasingly impossible for the fish to breathe.[3] Death takes several hours, and the eel loses something like 5% of its body weight in the process.[4] Because this begins the drying process, salting is a preferred mode of execution if the eel is to be smoked.[5] But it is not a painless or humane end. The eel writhes uncontrollably throughout the process (and even for a time after death).[6] Simon’s analogy speaks to the great, and possibly deadly, agitation he caused for his peers at court. 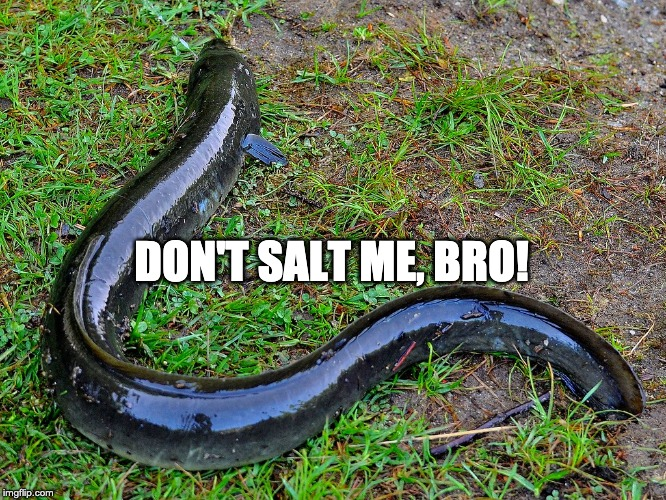 But Henry goes on to tell us that all of Simon’s scheming and maneuvering proved his undoing. He made himself such a nuisance to so many people at court that he eventually found himself imprisoned and exiled. Henry thinks that Simon’s metaphor of choice unusually, if accidentally, apt. Henry wrote that, “Just as salt is ruined by the eels’ moisture, so he [Simon] was destroyed by the whispering of all.” (Sicut sal anguillarum destruitur humore, sic ipse omnium aspiratione adnullatus est.)[7]  Having succeeded in drawing out the slime from those around him, Simon became corrupted by it.

Henry calls Simon’s original statement a prediction, but one which the boy did not fully appreciate. This section of the letter concludes with the admonition that Walter should be wary of those young men who seem to have all the charm and money, as they often fall victim to vice, sin, and ill-fortune. Henry’s writing here is pretty smug; he was clearly feeling self-satisfied at having understood the full meaning of the metaphor when poor Simon did not. 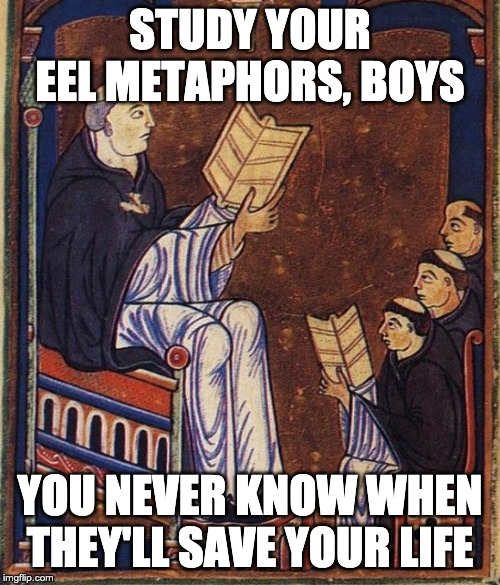 [3] This is essentially identical to killing slugs and snails with salt, but on a much grander (and more grotesque) scale.

[6] Günter Grass described this process in The Tin Drum when he wrote that eels “wriggle themselves to death in the salt.” Günter Grass, The Tin Drum, trans. Breon Mitchell (Boston and New York: Houghton Mifflin Harcourt, 2009), 138.